The three branches of the Rothschild family have come together and given rise to a single ambition: produce a magnificent achievement as each has always done in their respective fields.

The advent of Champagne Barons de Rothschild, which adds an illustrious reference to the world of Champagne, could be nothing less than purely and simply great. The three branches of the Rothschild family have allied forces with Champagne families whose life’s work has been to create outstanding products.

This unusual alliance is a guarantee of work well done. It exemplifies shared expertise and demanding quality, deep respect of long-standing tradition.

The Barons are intent on conveying to future generations the values of hard work and humanism – INDUSTRIA – INTEGRITAS – and so have come together once again, abiding by the wish expressed by their ancestor – that no major decision ever be made without the agreement of all – CONCORDIA.

Vision, spirit of enterprise and excellence are the signature of one name only: Rothschild. Mayer Amschel Rothschild, founder of the dynasty was born in Germany in 1744.

The dynasty has since given rise to seven generations of men and women of exception, acutely aware of the issues of their time. Driven by the passion to innovate and to perform, they have consistently played a vital role in building European intellectual, scientific, cultural and financial assets. 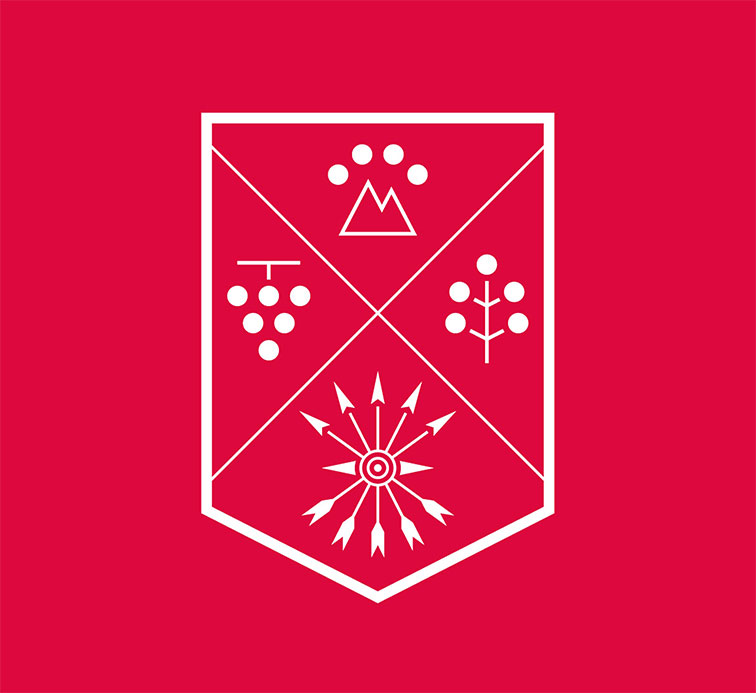 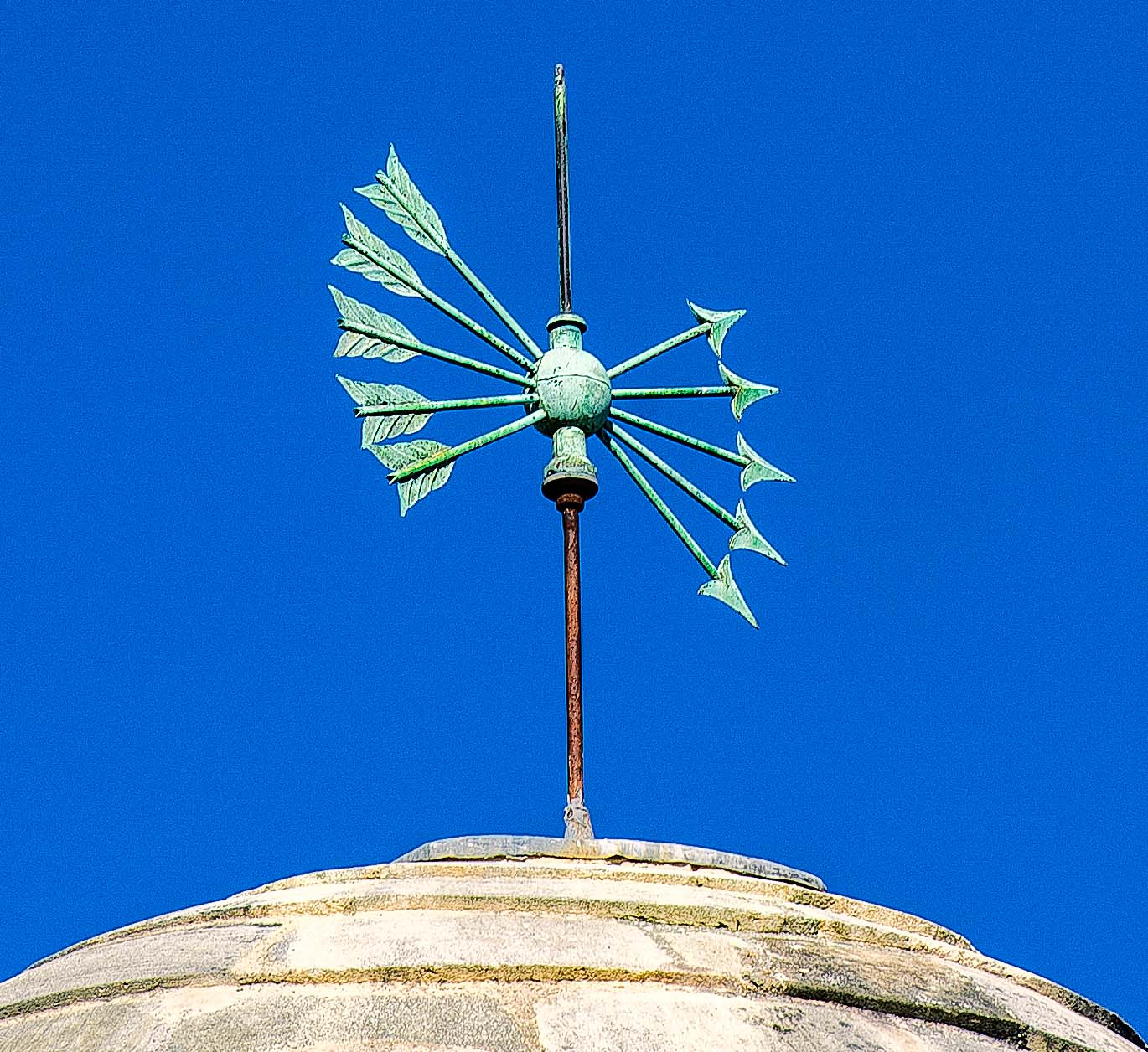 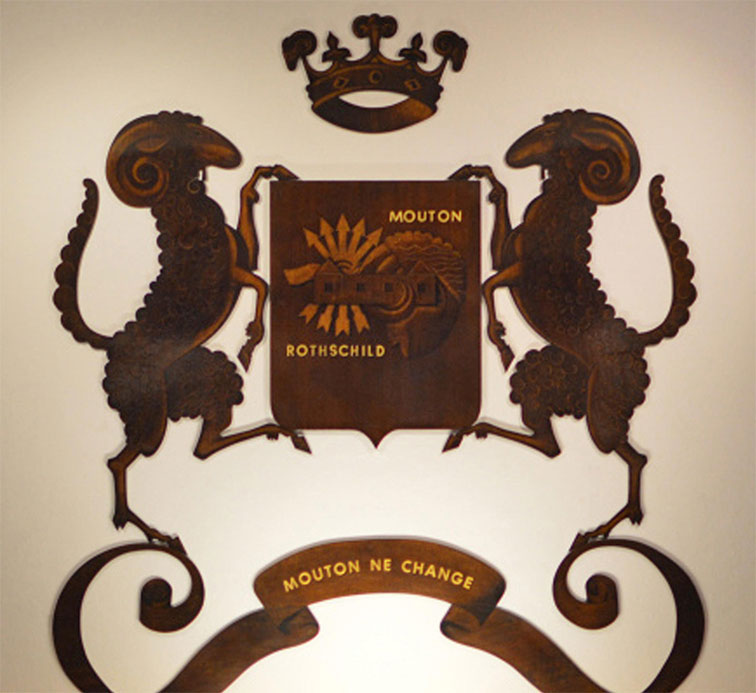 ETHICS ABOVE ALL ELSE

During the 1800’s, the Rothschilds’ banking influence continued to spread throughout Europe.

When Bonaparte forced William I, Elector of Hesse-Cassel into exile, the prince entrusted part of his fortune to the Rothschilds for safekeeping. Eight years later, upon recovering his assets, William 1 found himself significantly wealthier due to the Rothschilds’ astute management.

During the Napoleonic wars, the London branch financed the armies fighting under the Duke of Wellington. 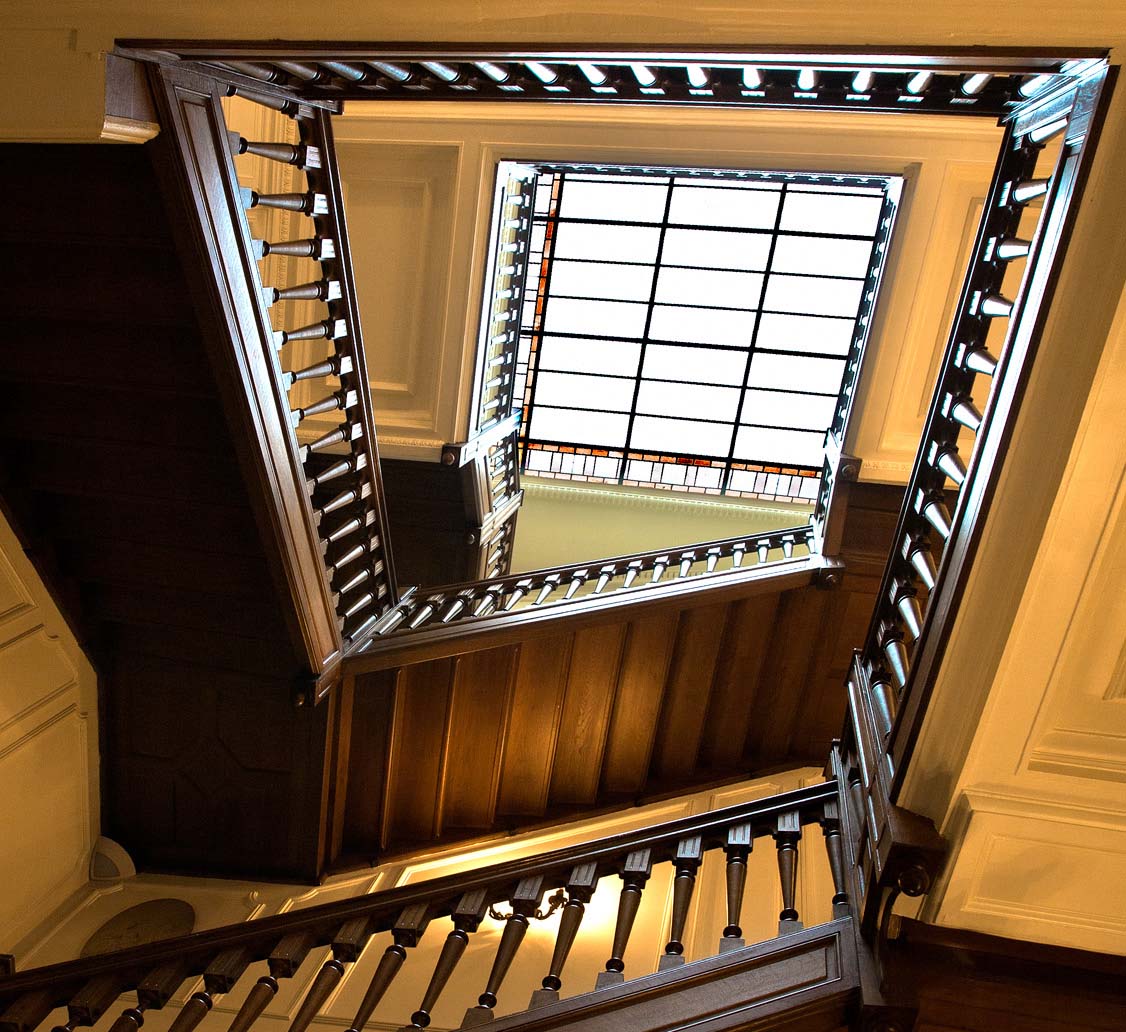 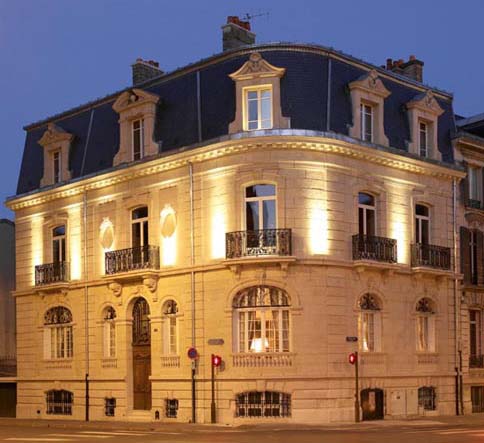 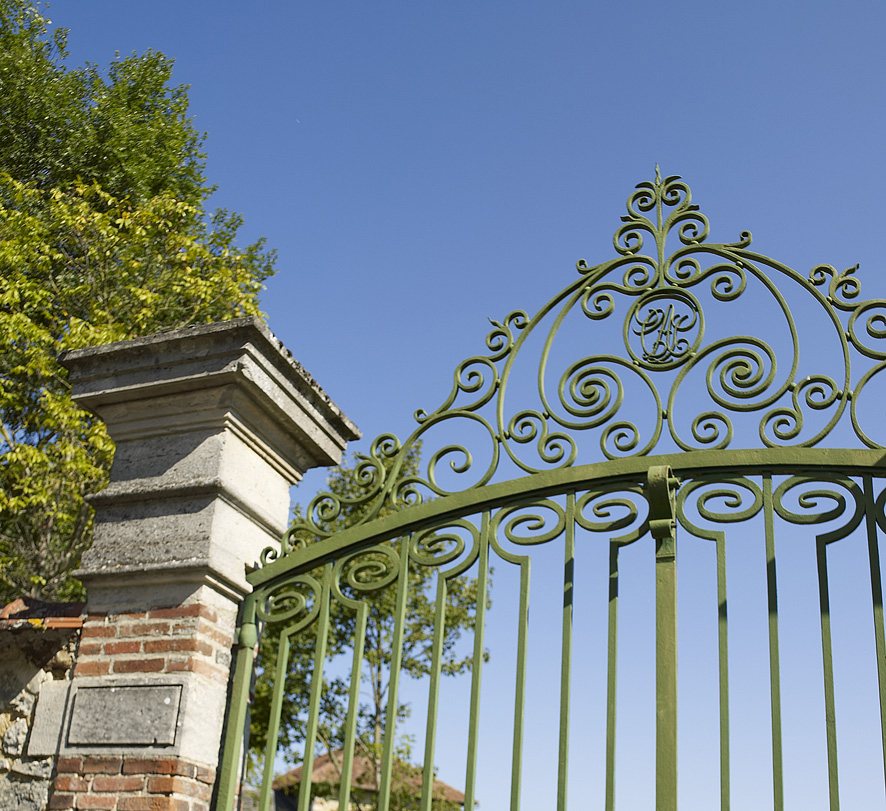 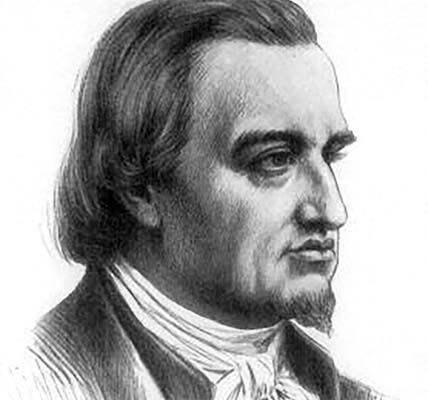 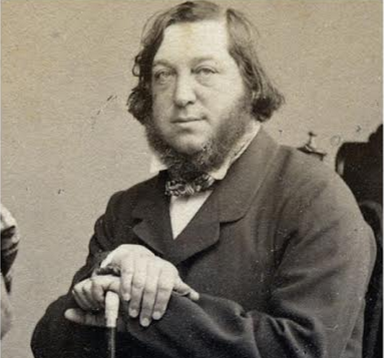 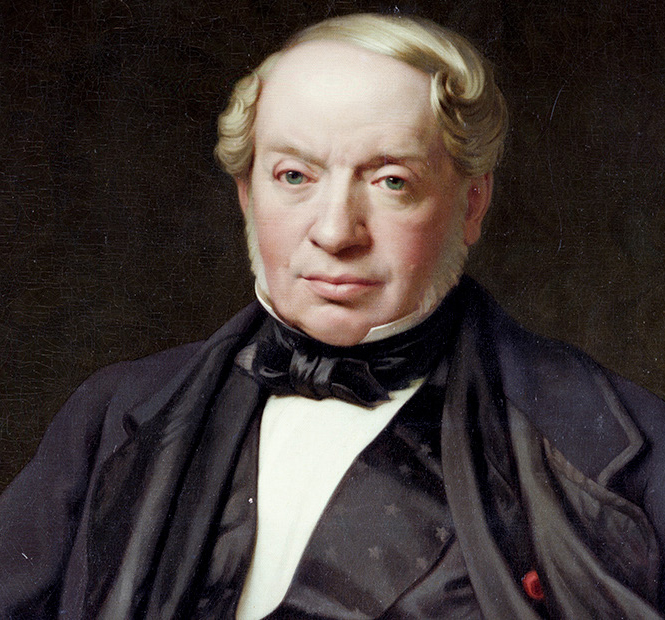 The shield is held on one side by a unicorn, the other by a lion. In the shield divided into four parts, symbols of strength : top left, an eagle, symbol of the Austrian Principality that has ennobled the Rothschild family. Bottom left, the arm that carries the 5 arrows, 5 branches of the family, in the top right, the hand that tightens the unity. In the center, a hat that the Jews of Frankfurt had to wear in the ghetto. Below the family motto inscribed in Latin: Concordia- Integritas-Industria (Harmony, integrity, industry). 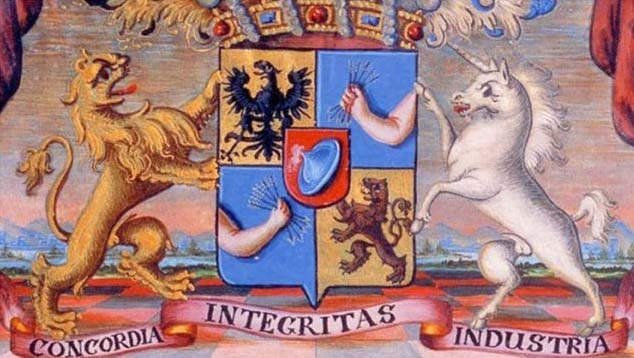 Concordia was a Roman goddess who symbolized political harmony between people living in the same region, or affection between the members of the same race, or of the same family. In Latin, “Concordia” also means agreement, harmony. It is the root of words such as concordance, which refers to good relations between people with the same feelings and attitude.

The Latin word “integritas” means “entirety, the state of being intact” and “innocence, honesty”. The French word “intégrité” first came into use in the 15th century and expressed the same meanings as the Latin word – authenticity, personal constancy, honesty and respect for others, in every sense of the word, which of course entailed integrity, human rights, and fulfillment.

“Industria” in Latin comes from the word “industrius”, which means active, zealous, eager. Industria means activity in general and application. The word first appeared in the French language in1356. In selecting Industria as part of their motto, the Rothschild family emphasizes an essential value of the spirit of capitalism. Earning money is the tangible expression of application and skill in working life.

Before rebuilding his own fortune, Mayer Amschel told his sons, who were adults by that time “We will work together with loyalty, concord and industry, but we will return every last centime to the prince or his heirs”. He sent each of his sons on to create a branch of the family bank in London, Paris, Vienna, Naples and Frankfurt. This led to the creation of the five branches of the family. 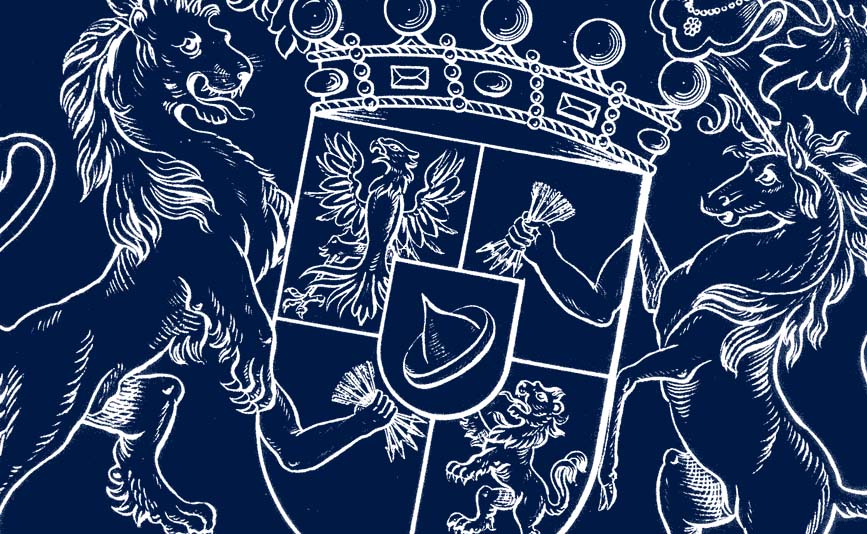 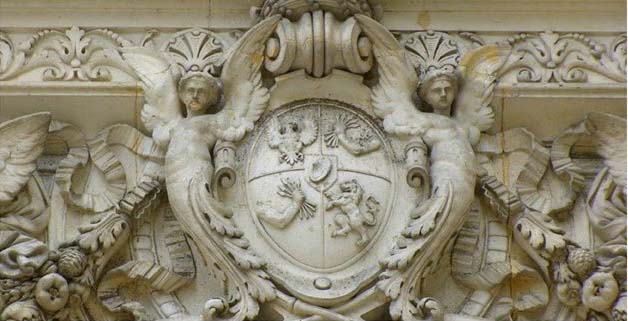 In acknowledgement of their dynamic services, the Rothschilds were knighted by Emperor Franz I of Austria in September 1822. They and all their descendants were raised to the title of Baron. They adopted a coat of arms displaying 5 inter-connected arrows in tribute to a legend Mayer Amschel, the founder of the Rothschild dynasty, used to tell his five sons: “Taken one by one, the five arrows are easy to break. Taken together, they are resistant. Always remain united”.

Concordia, Integritas, Industria, the Rothschild motto expresses deeply-rooted values which create opportunity for the future. Balance and ethics are an integral part of work and skill. Our staff shares these values, and their relevance is proven day in and day out.